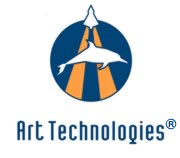 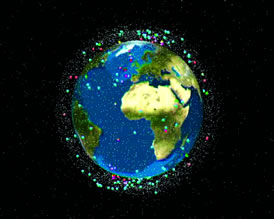 Space. It's a dangerous place--an extreme environment hostile to human beings. The launch in 1957 of Sputnik, the first artificial satellite, heralded not only the beginning of the space age, but what would ultimately become another danger in space: orbital debris.

Forty-six years and thousands of launches later, the near-Earth environment of space has become heavily populated with orbital debris. The heaviest concentration of orbital debris is in low-Earth orbit, becoming less dense as it progresses out to geosynchronous orbit. These orbital debris objects consist of spent rocket bodies, various space hardware, non-functioning satellites, and fragments from explosions. According to information provided by the Aerospace Corporation in California, there have been more than 124 verifiable breakups in space. Collisions and explosions are usually the cause of breakups, with explosions being the main source.

The Aerospace Corporation report goes on to say: Approximately 70,000 objects estimated to be 2 cm in size have been observed in the 850-1,000 km altitude band. NASA has hypothesized that these objects are frozen bits of nuclear reactor coolant that are leaking from a number of Russian RORSATs.

A Colossal Sculpture in Space

Using a program called COMBO (Calculation of Miss-Distance Between Objects), the Naval Research Laboratory has produced the video simulation that depicts the constellation sculpture COLLISION II (color-coded by country of origin), set against the entire 10,000-object orbital debris catalog. (Fig. 2) This video simulation views the orbiting constellation sculpture from the vantage points of low-Earth orbit and geosynchronous orbit during a twelve-hour period that is reduced to twelve minutes.

COLLISION II extends the parameters of Earth-bound artset in motion by the first COLLISION piece with the strong conceptual aspect of the fourth-dimension element of time.

Additional information about Richard Clar may be found on his web site: Art Technologies